OLUKUNMI: HOW ANIOMA PRESERVED AN INTERNATIONAL LANGUAGE IN NIGERIA

Popular posts from this blog 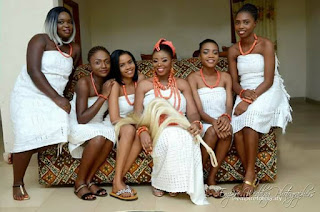 SEE HOW ANIOMA PEOPLE DRESS ON THEIR TRADITIONAL MARRIAGE THE ERA OF USING OUR TRADITIONAL MARRIAGE TO PROMOTE ATTIRES OF OTHER GROUPS IN NIGERIA IS GONE Today is Saturday, conventionally set aside for marriage ceremonies. Awareness on how our Anioma brides and grooms attire themselves during their traditional marriage has fast spread and entrenched. We no longer promote other group's cultural attires because we want them to promote our own instead. I say many thanks to our Anioma cultural advocates on this day because our labours to preserve as well as promote the good cultures of our Anioma society have never been in vain. Noticeable now is that intime of our traditional marriages, we costume ourselves in Akwa-Ocha which brings out our god-given beauty. A few moments after her traditional marriage in Umuodafe, Ibusa on December 28, inside the Agokei palatial home, I visited former Miss Amaka Thelma Agokei, the bride. I was rather late; but I met this beautiful bride together with he…
Read more

A SHORT HISTORY OF OBOLLO CLAN IN ENUGU STATE, NIGERIA

EGWU OHUHU: THE FAMOUS DANCE OF THE ANIOMA PEOPLE · Exactly how the Enuani of Anioma do it By Emeka Esogbue 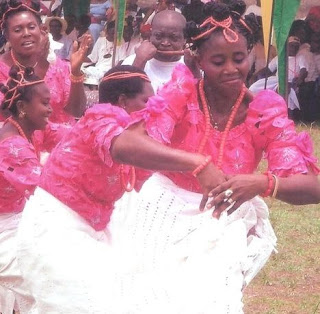